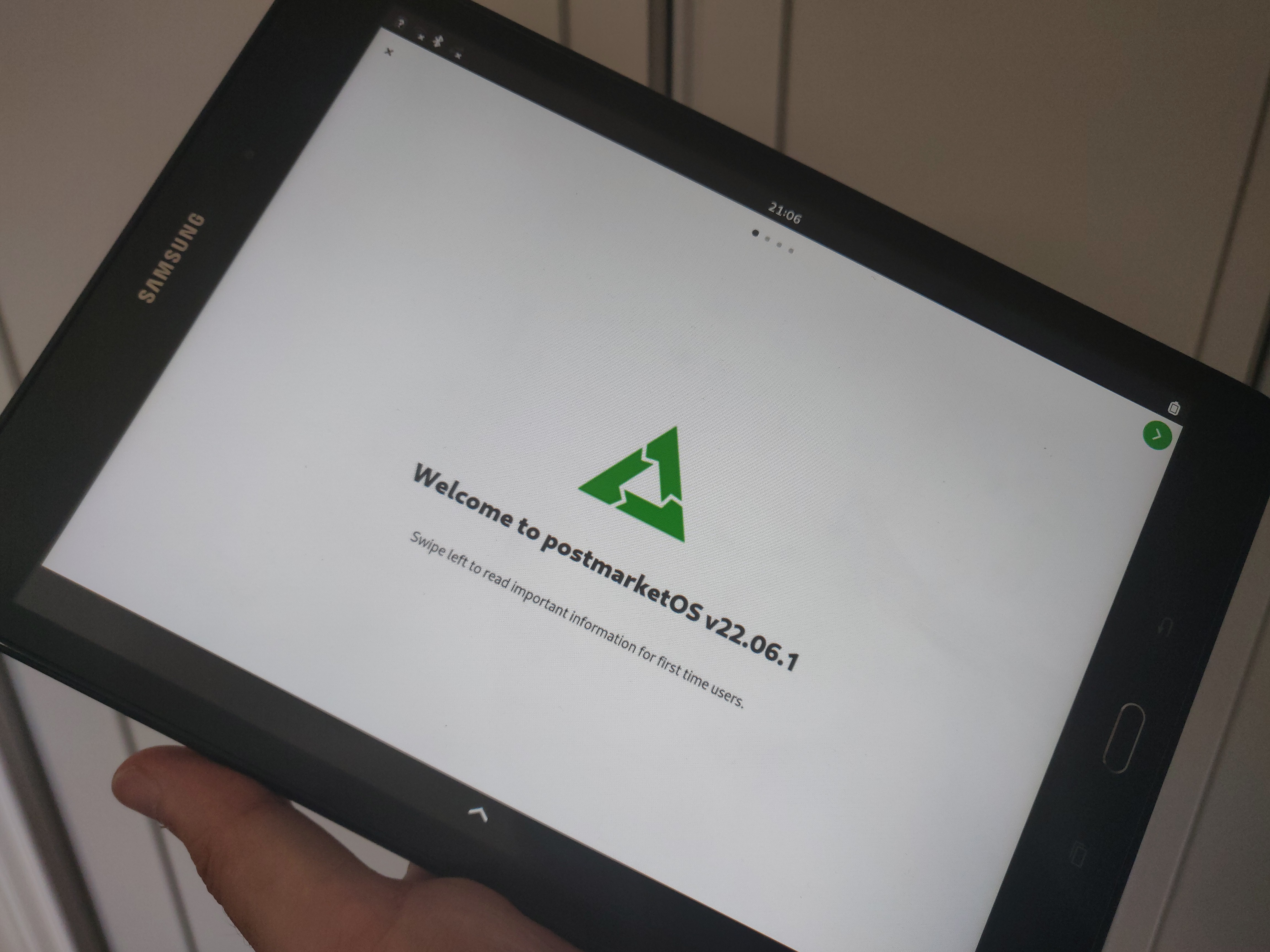 I have wanted to replace my iPad with a Linux-based device for a while so, when I saw that postmarketOS ran on the Samsung Galaxy Tab 9.7", from 2015, I was keen to give it a go.

I found one on eBay for the seemingly reasonable price of £50 delivered, so I took a punt.

(I love the idea of breathing new life into old(er) devices, in addition to wanting more control over what my device does (and does do).)

I installed postmarketOS on the Galaxy Tab from a machine running Linux.

The official instructions were almost correct and complete.

Here's what I did:

The installation completed in about six steps.

Basically, it was very easy. What I was expecting to be an evening's project took about 10 minutes.

I'm used to Debian-based Linux, so postmarketOS is (under the hood, at least) rather unfamiliar to me. I'd prefer a Debian-based environment, to be honest, but oh well.

My initial impression is that I am sceptical it is an iPad replacement, but that I reserve my judgment.

Wi-Fi connected without a hitch. I have not tried WireGuard yet.

The Galaxy Tab's screen is of a noticeably lower resolution than my iPad. But since my iPad was a 2019 model (I think), and the Galaxy Tab is from 2015, that's no surprise.

It is also no surprise that the Galaxy Tab is slow. But is it too slow? Perhaps. There's a noticeable lag when launching software, but, when launched, it is not so bad.

Note that charging does not work once you've booted the device. If, however, you plug it in while it is off, it does then work.

I want to give jellyfin a try, but I am not optimistic.

I need to find a better (for my needs) RSS reader.

Since I have flashed an image, I do not have full disk encryption in place. Given that I don't intend to store personal data, or anything sensitive on there, this is not terrible, but I'd prefer it was full disk encrypted all the same. So that might be something for me to work on. Update: I did, and it works flawlessly.