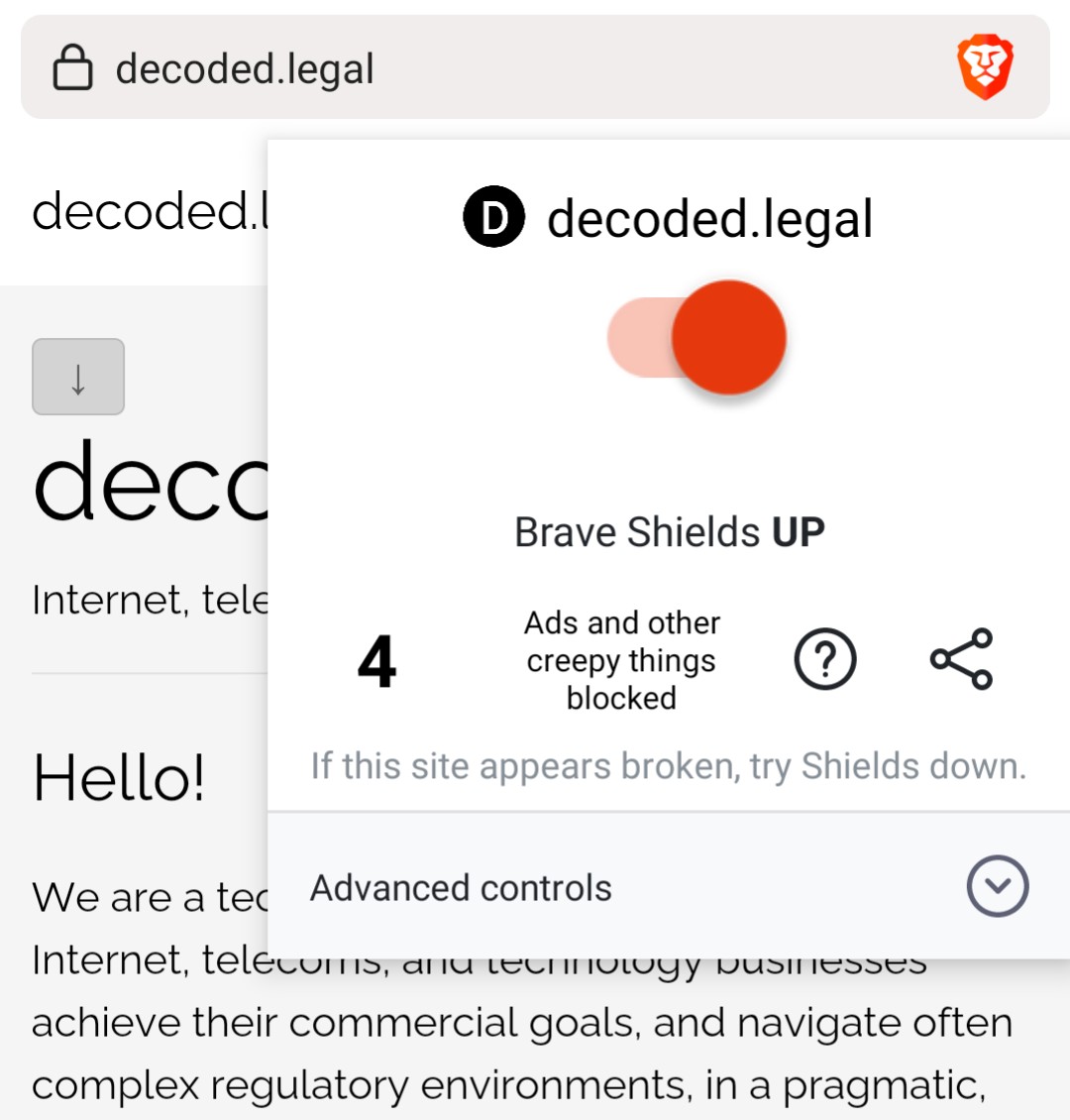 Here's an odd one.

I am experimenting with Brave on Android.

Update: a handful of other Brave users have confirmed that they are a not able to replicate this. Which makes it even more strange!

Brave detects "ads and other creepy things" on brave.com? 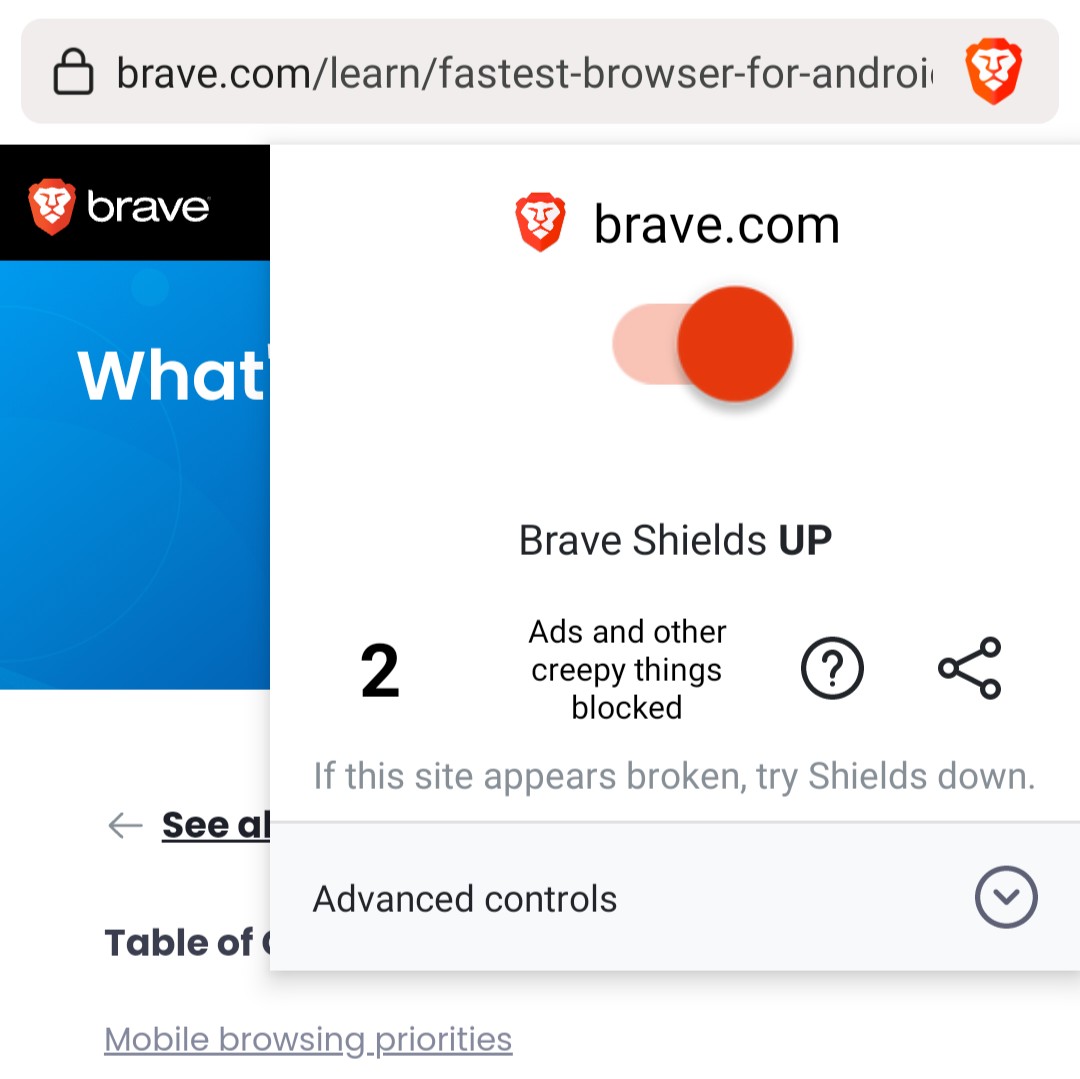 When I clicked on the first result - https://brave.com/learn/fastest-browser-for-android/ which, as you can see, is a page on the brave.com domain - Brave's internal ad/tracker blocking system showed two "Ads and other creepy things blocked".

The UI of Brave's tool shows very clearly that this relates to the brave.com domain.

But why would Brave, which offers a browser with functionality to block "ads and other creepy things", use on its website the very things which its own browser blocks?

When I reload the page in Brave, and view the blocking system again, it shows that there are no ads or other creepy things.

Brave detects "ads and other creepy things" on decoded.legal?

I did the same test again, but this time using the domain decoded.legal. Screenshot at the top of this blogpost.

Now, I know that there is nothing untoward on that site, because it's mine. There are no ad-related scripts, not trackers, not but-it's-on-a-pixel things, no cookies at all. Nothing.

But, when I search "decoded legal" on DuckDuckGo, and click through (to decoded.legal) sure enough, Brave shows that there are for "ads or other creepy things". Again, the UI very clearly shows that this is for the domain decoded.legal.

But when I reload the page in Brave, none. 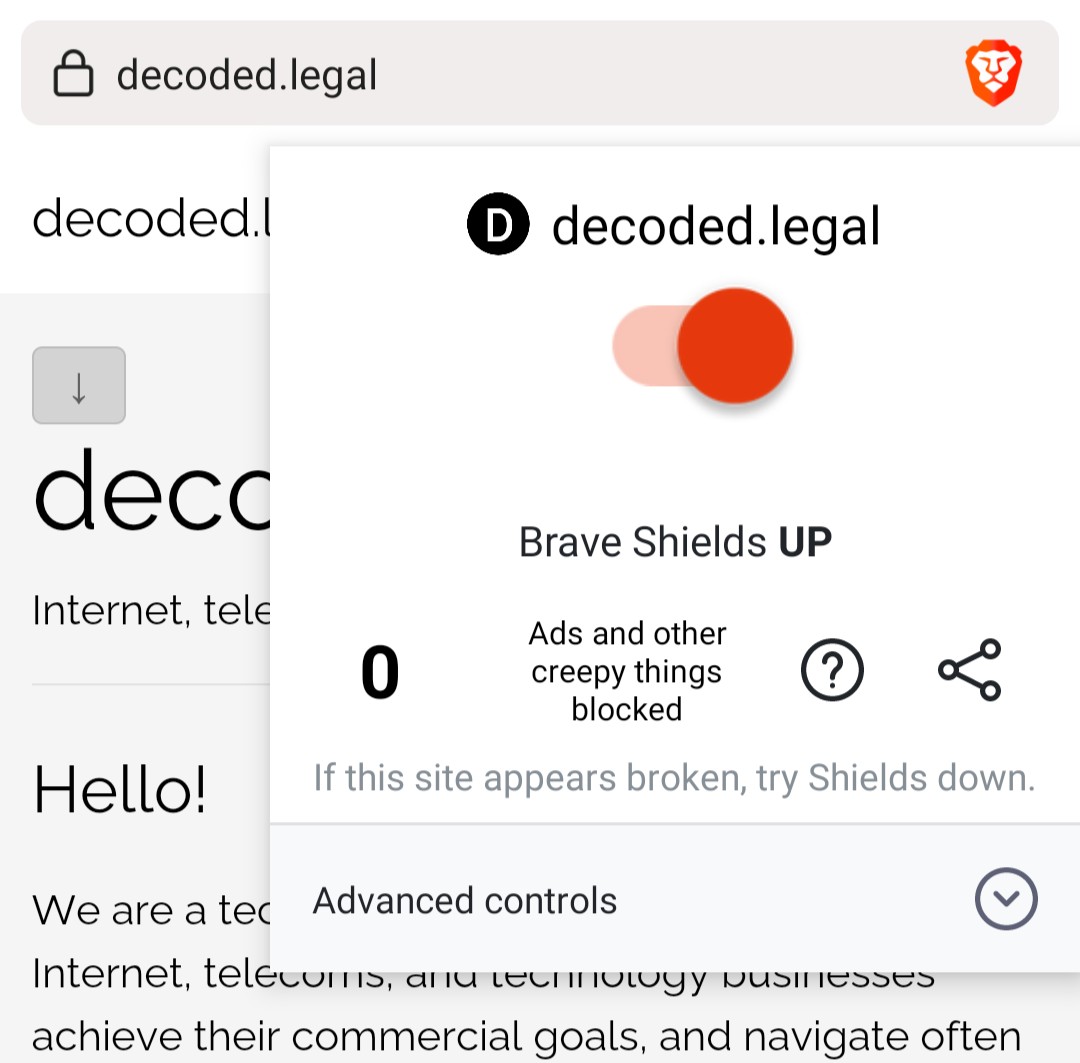 I've no idea what is going on!

I haven't dug too deeply into this, and I guess that something odd is going on behind the scenes. But quite what that is, I don't know.

Unless it is user error (i.e. I cocked it up somehow), it's sub-optimal, and not great legally - indicating that there are "ads or other creepy things" when there are not is inaccurate, potentially loss-causing (e.g. in the case of decoded.legal, it's at odds with our ethos, and potential clients may well judge us accordingly and go elsewhere) and, worse, probably defamatory.

If it is user error then, whoops, I've defamed myself :)

I'll see if I can raise an issue (update: I have), and get someone to look into it.