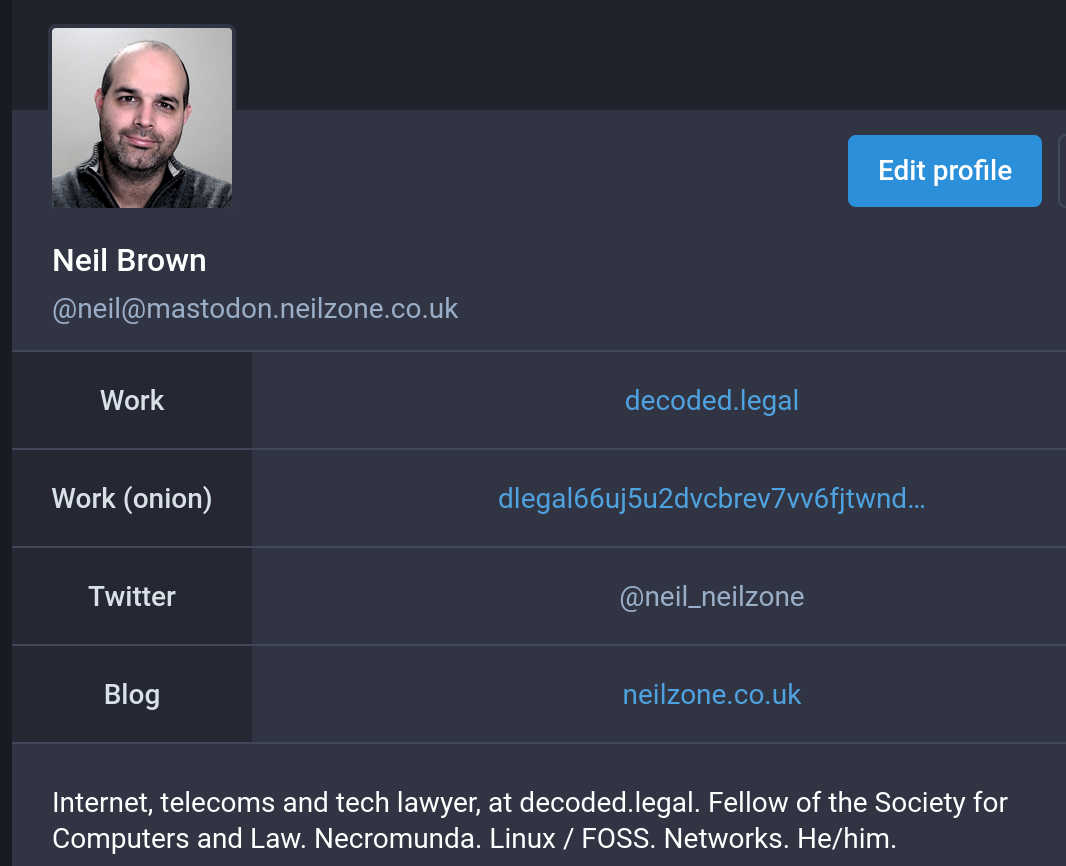 This isn't about using Mastodon. I use Mastodon, and have done for a few years now.

Want to find me there? Please do! I'm @neil@mastodon.neilzone.co.uk. Anyone can follow me and, if you have a bio which appeals, or if it looks like you toot interesting things, I'll probably follow you back.

It's not about not using Mastodon. What you use is up to you.

It's about leaving Twitter for Mastodon, which is completely different.

Or perhaps it's about not leaving Twitter for Mastodon.

I was not surprised, in the light of the announcement that Elon Musk has made an offer to buy control of Twitter, to see that some people might want to explore alternatives.

What did surprise me was seeing some commentary - not everyone; some - about leaving Twitter for Mastodon, or expressing concerns that Mastodon is not the same as Twitter.

Mastodon is not the same as Twitter. And that's a good thing!

And that, IMHO, is a good thing.

Does it have to be the same to make it attractive? I don't think so.

I follow fewer people, and have fewer followers, on Mastodon. Is that a good thing? Not a from a marketing point of view, although arguably the important thing is getting in front of the right people, not all the people.

From a content point of view? I don't know. I have had loads of interesting conversations, and met interesting people, just as I have through Twitter.

Are there things that Mastodon could do better? Yes, sure!

Does one have to leave Twitter to use Mastodon?

I guess some people have different motivations.

Personally, I use both. Probably more than I should.

Rarely am I keen to jump from one thing to another, without an overlap period. Without testing things out before I make the jump. Sometimes - and this is an example - I don't jump at all. I just use something else too.

To me, there's no real downside in using both Twitter and Mastodon.

I often cross-post, using Twidere on my phone. (I can't wait until cawbird supports Mastodon as well as Twitter.)

The idea that one must migrate, must move from one platform to another, rather than picking up a new platform and seeing what it is like while still using your original platform(s), feels odd to me.

You don't have to pick one or the other. You can pick both.

"Mastodon isn't for me!"

Sure! There's no harm in giving something a try, and deciding it is not for you. And Mastodon has a "delete account" function, which is simple to use.

And you needn't have left Twitter to give it a try.