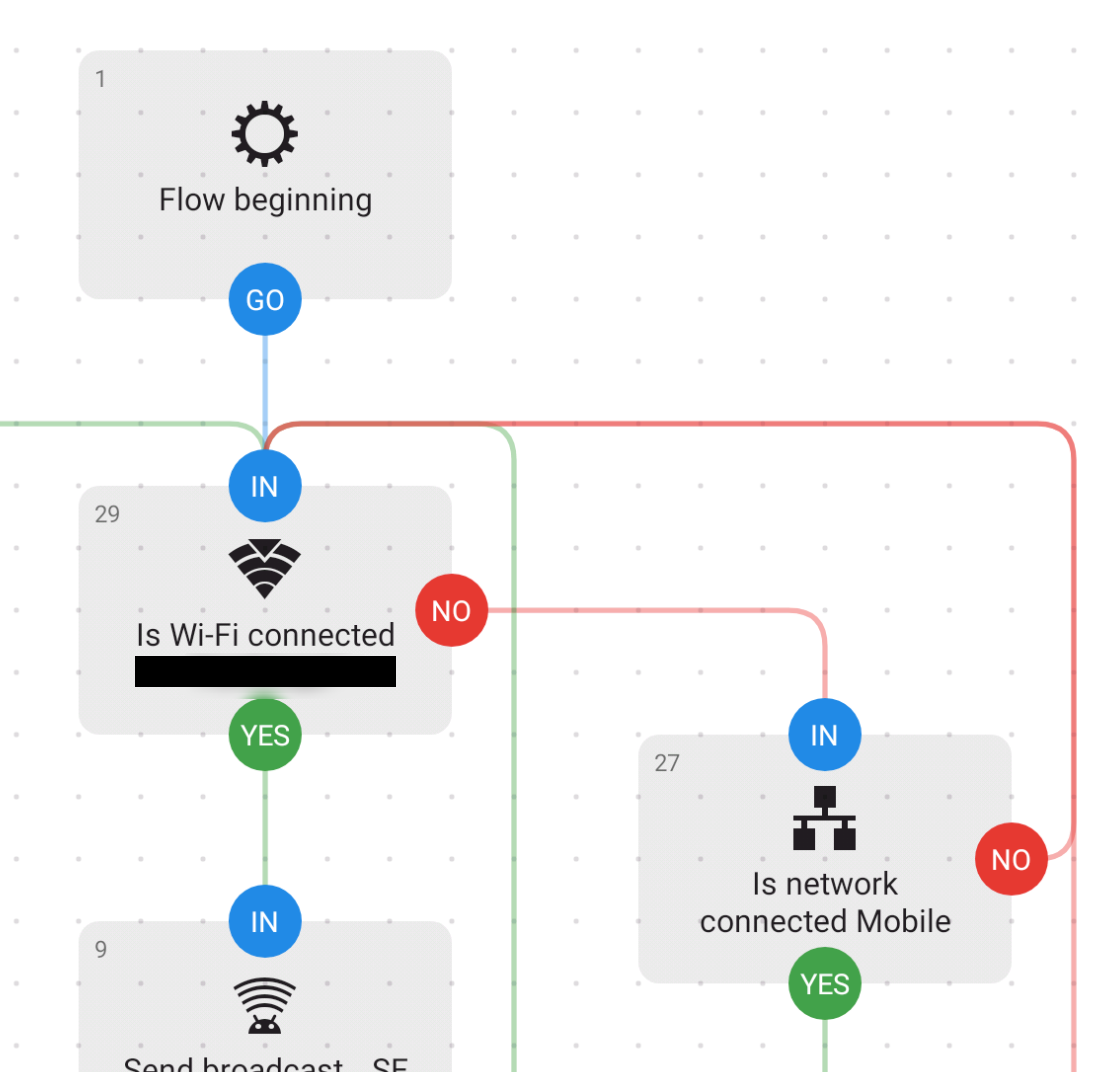 I also like my phone to be connected to the VPN whenever it is not on a trusted Wi-Fi network, so that all my traffic routes via an encrypted tunnel back through our systems.

The iOS application for WireGuard makes this easy. You can set the conditions under which WireGuard activates and deactivates, and it "just works".

The Android client for WireGuard does not offer this.

In Android's own network settings, I could configure my phone to always connect to WireGuard. This was better than nothing, but not quite what I wanted. (It also has a feature of blocking all Internet traffic if it is not connected to WireGuard, and I like this. I want to replicate it.)

However, I don't really want the WireGuard connection to be up when I am on a trusted Wi-Fi network, as I could not make it work with KDE Connect, to allow me to control my phone (e.g. send and receive SMS) from my computer.

A kind person on Twitter mentioned an application for Android called "Automate", and said that there was a "flow" to activate WireGuard on-demand.

I have finally got around to trying this out, and the basic functionality worked.

I tinkered with it slightly, so that it pinged one of my own boxes rather than pinging a third party server, and I had to:

Bits I have not yet worked out

I have yet to work out: