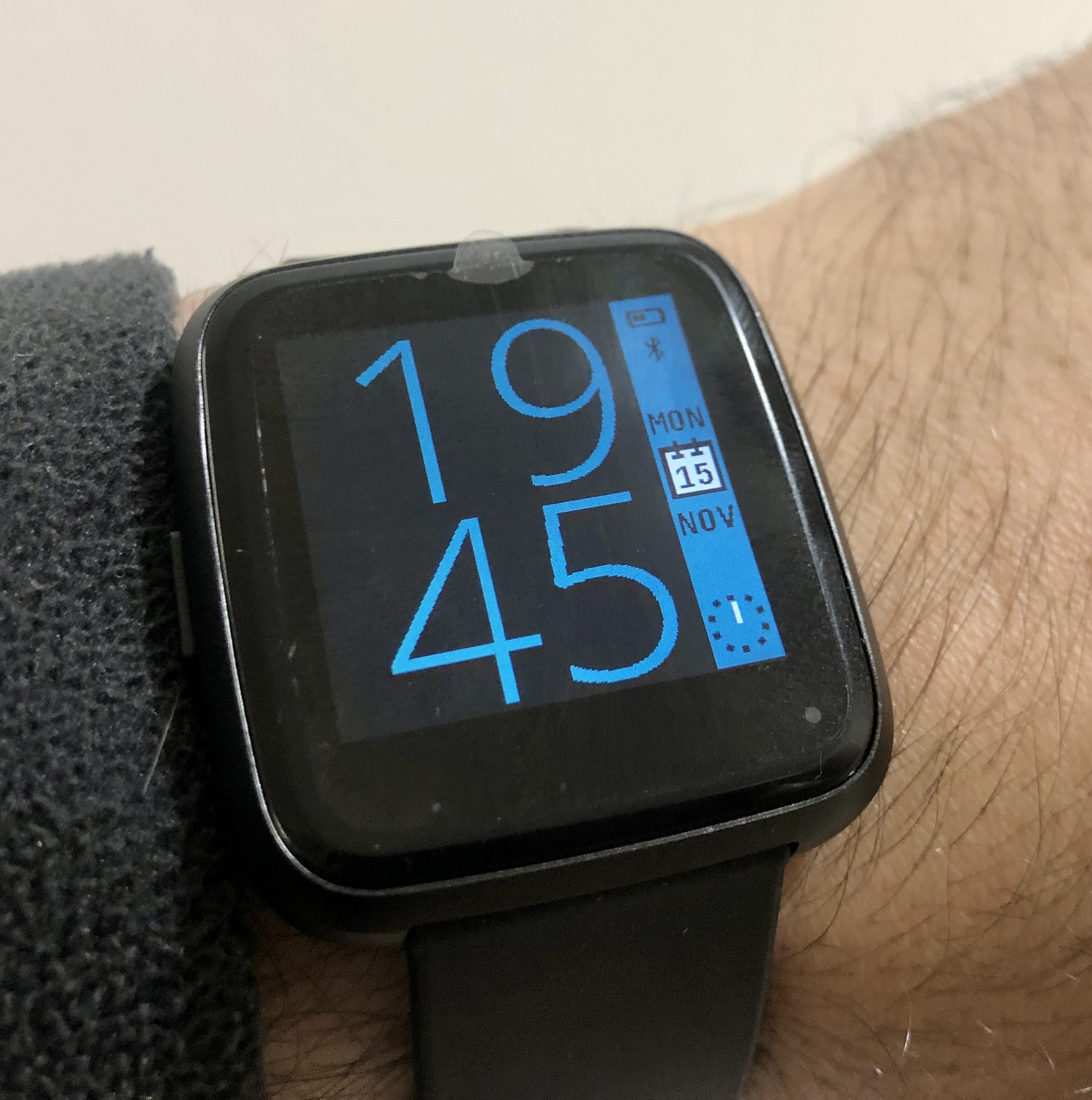 A basic Casio is $13.50 - can you really buy a smartwatch for the price of two of them?

tl;dr: yes. And bloomin' impressive it is too.

I've tested the PineTime watch with iOS and Android.

I'm hopefully going to get an original PinePhone in the next couple of days, so I look forward to trying the PineTime with Mobian (mobile Debian), via siglo. (I'd like to order one of the new PinePhone Pro units, but they're hard to come by at the moment!)

It shows the time, and has three basic but functional watch faces. I quite like the "Style" face.

You can change the colour of the UI elements - the background, the numbers, and the status bar - independently. I like a boring black background and white elements. 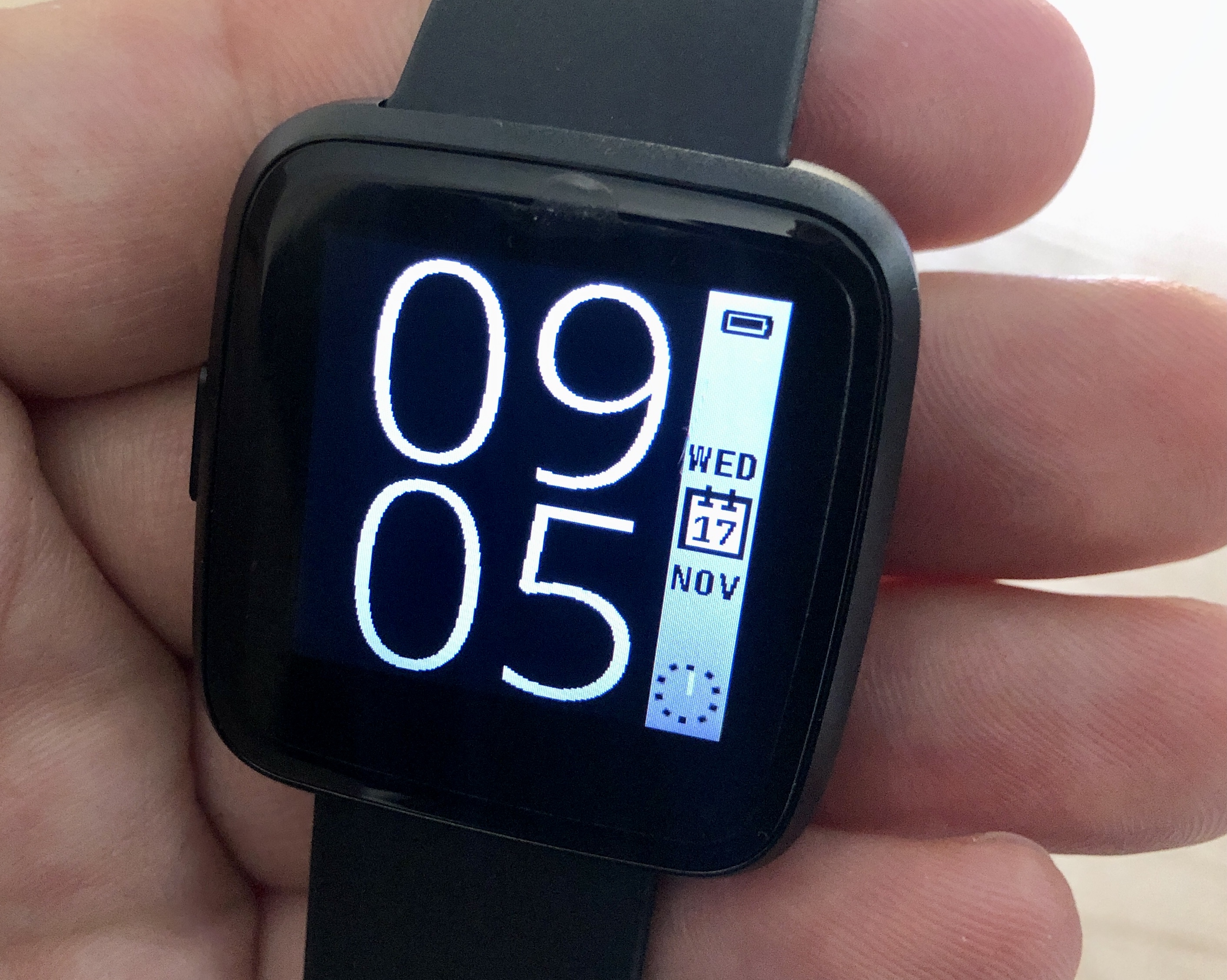 It has a stopwatch, and an alarm.

Like the more recent Apple Watches, you can wake it up by tapping on it, or by raising your wrist. I like the "raise wrist to wake up" functionality - it works well.

As I use it more for notifications, it might drop faster, but it's possibly a "charge it once or twice a week" smartwatch.

It comes with a small, USB-A, charging dock/pad, onto which you place the PineTime. 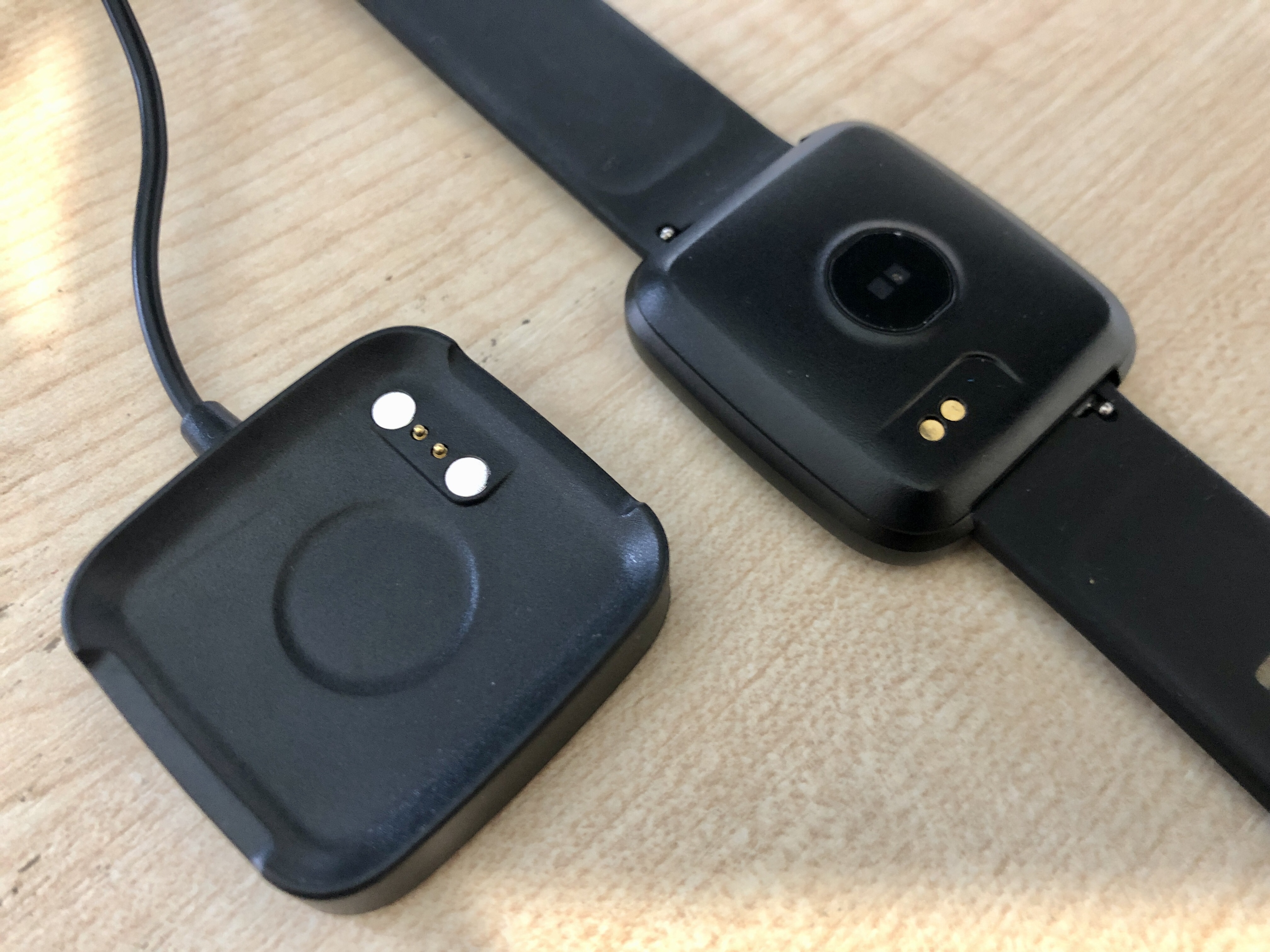 Bits I have not tested

It has a navigation feature, and I want to play with that, but haven't done so yet.

It has a pedometer and a heart rate monitor but I haven't tried them.

No "next appointment" notifications

One of the things I like about my Apple Watch is the ability to glance down and see my next appointment. I could not find a way to do this on PineTime at the moment.

Sadly, I lack the skills to develop it, and I've no idea if anyone else is interested in this feature, or how easy it would be. Perhaps we'll see it one day; perhaps not.

I first used the PineTime with iOS.

I used nRF Connect to do the initial updates, although I've a feeling that mine was already up to date when it arrived. Still, better safe than sorry.

The update process is easy - download the three .zip files, and then transfer them (to start the firmware update process) using nRF Connect. The instructions are easy to follow, but it's not as straightforward as Apple updates, which are - usually - just tap-and-wait(-and-wait-and-wait). 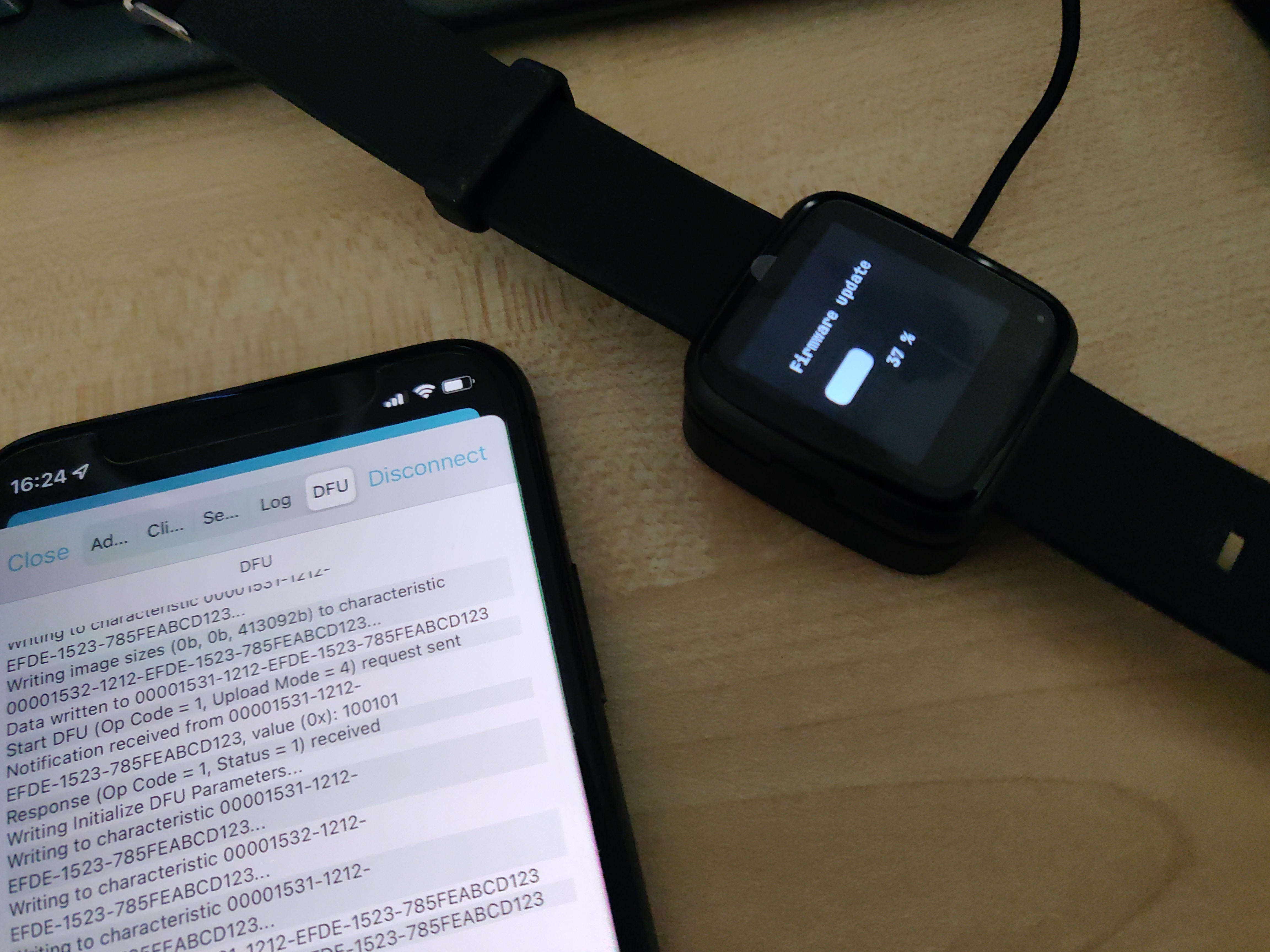 (Later, I noticed that there was an update to InfiniTime, the operating system, available on GitHub, so I flashed that too - again, very easy.)

I used the beta (via TestFlight) InfiniLink app to connect the PineTime to the phone. It works fine.

Notifications are not (currently?) available, which is understandable (given the dependency on Apple), but a bit of a shame, and something which means one of my major use cases is unticked.

I could control music playback using the default/native Music app. It showed track details, and can handle play and pause.

I used GadgetBridge as the interface app on Android, and it worked well.

Unlike iOS, with Android / GadgetBridge, you can have notifications on the PineTime, including notification of incoming calls. 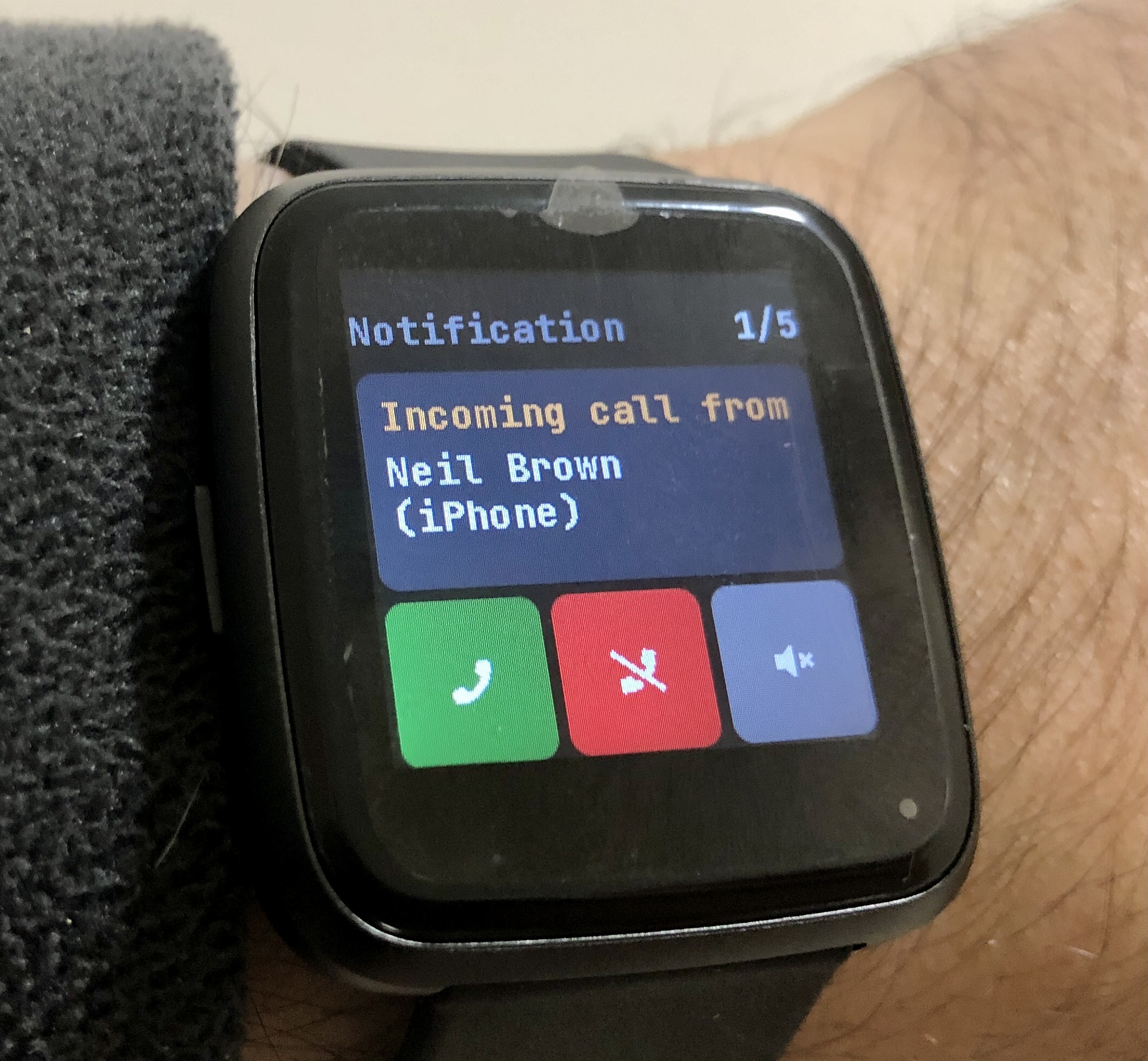 This worked really well. Update 20211122: it does let me accept and reject calls. I must have been wrong, because I haven't changed anything.

So far, my view is that the PineTime is really rather good even before you consider the price.

When you consider the price, it’s amazing.

And there's scope for it to get even better, as those capable of doing so extend and expand the OS and its capabilities.