I bought a PinePhone on eBay.

Not the shiny new PinePhone Pro, but the original "convergence" model.

My plan is that, if I can get this doing what I want, it gives me a good justification for getting a PinePhone Pro...

And the first thing I want is for it to run Mobian - Mobile Debian - with full disk encryption.

If you're reading this far, you probably know what you'd be getting yourself into in terms of running Debian on a smartphone, but PINE64 spells it out just in case:

If you depend on proprietary mainstream mobile messenger applications, banking applications, use loyalty or travel apps, consume DRM media, or play mobile video games on your fruit or Android smartphone, then the PinePhone Pro is likely not for you.

I do use some of those things, so I'll be interested to see how I get on with it. But that's for the future.

The process for installing Mobian on the PinePhone is described on the Mobian wiki.

It looks a bit arduous and difficult but, honestly, it's not.

Okay, it's not a breeze for anyone used to a tap-and-wait-(and-wait-and-wait) iOS software update, but - for now, at least - if you're the kind of person who has bought a PinePhone, you'll be fine.

There was a bit of a gotcha, and I've not resolved why it happened but, in short, I had Mobian running on the PinePhone, with full disk encryption, within a couple of hours of opening the parcel.

There are two steps to flashing the firmware. Installing Debian Buster on a PinePhone

Once the phone reboots, you'll get a series of dialogue screens prompting you to go through the installation. 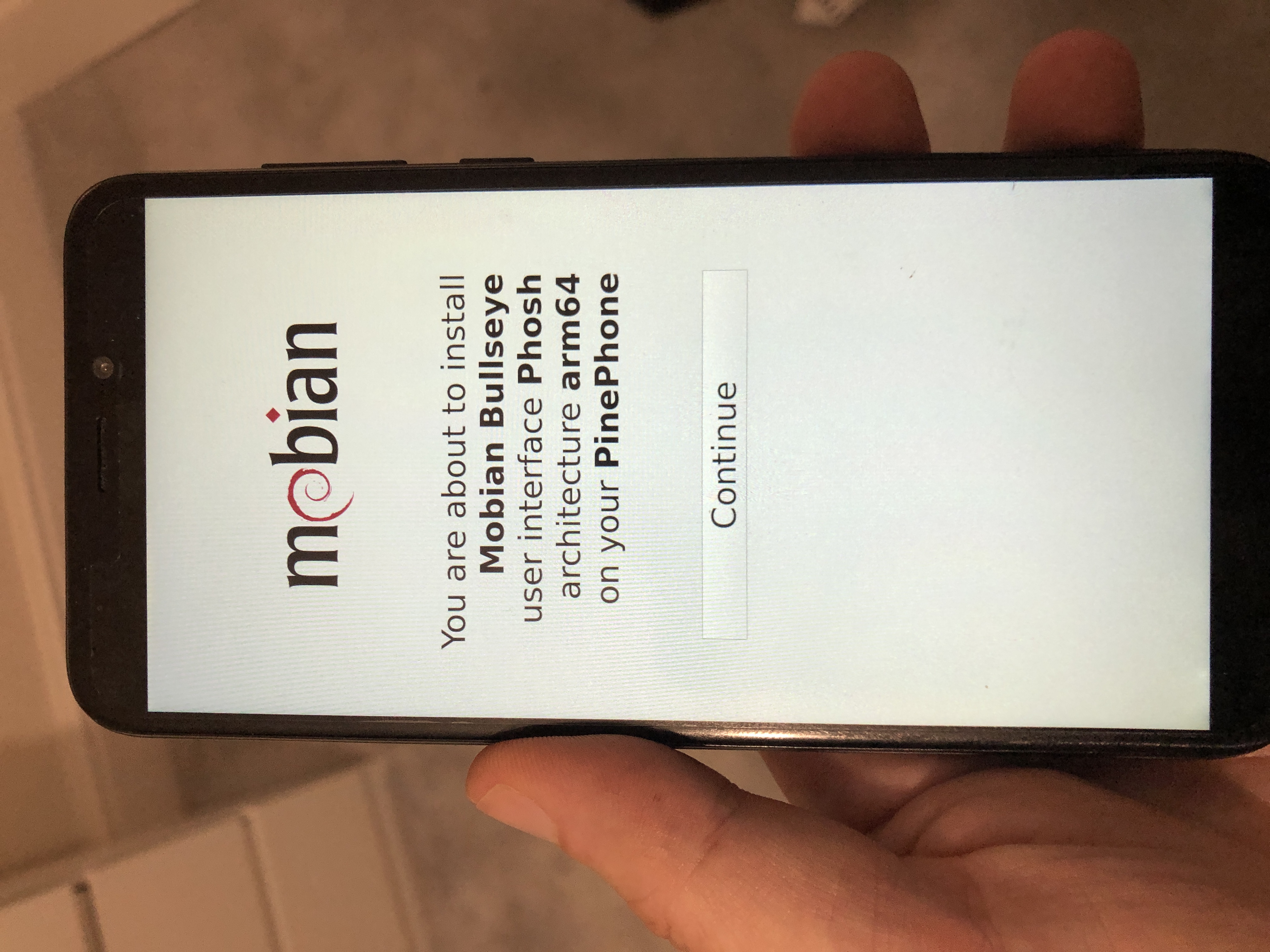 I just followed the instructions, accepting - for now, at least - that the defaults would be fine.

It turns out I was wrong, as I couldn't get it to boot properly without changing the filesystem to ext4 (from the default f2fs). Whether this would have happened if I had used the weekly installer, I don't know... 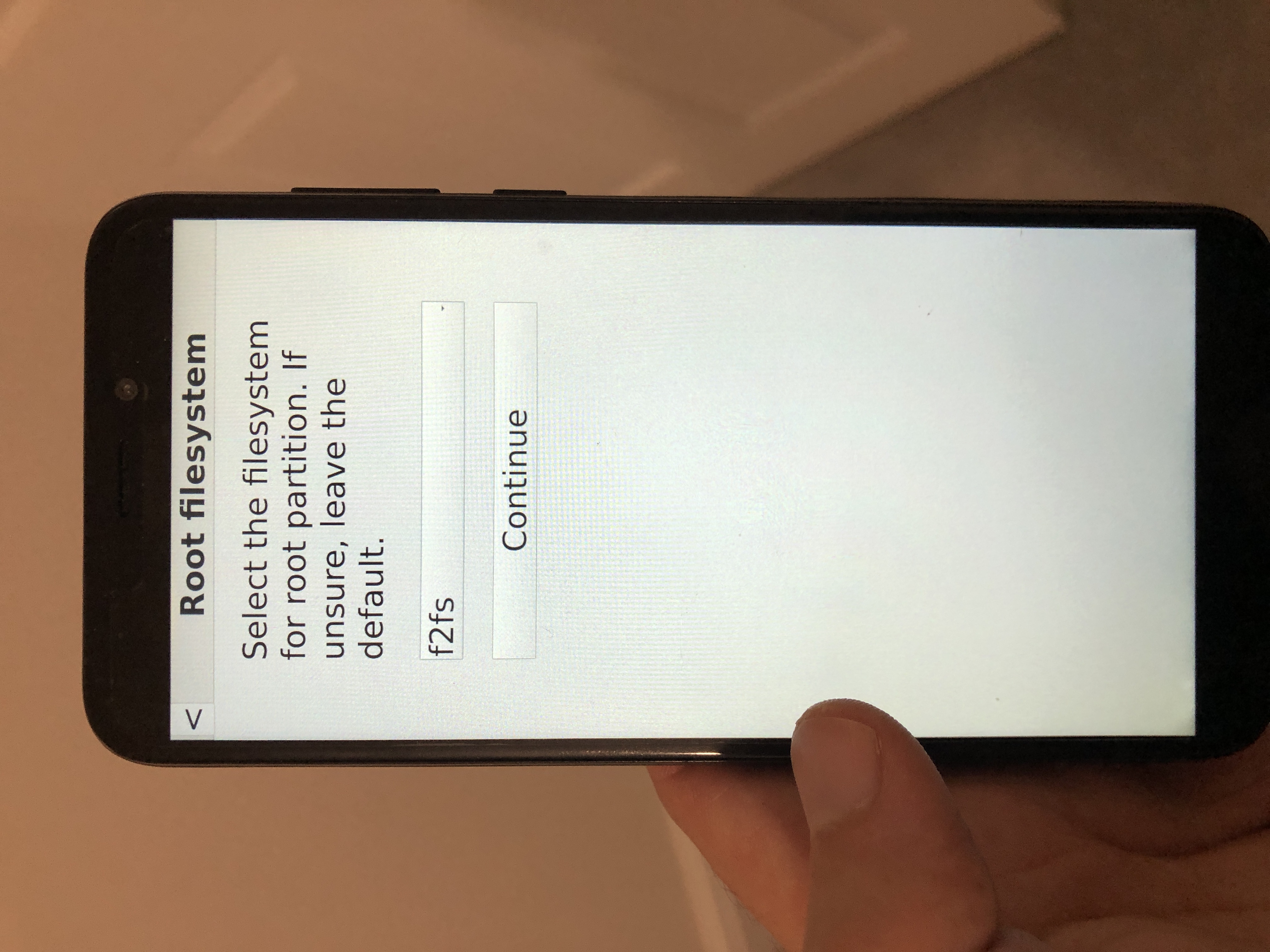 I was a little confused at first when trying to tap in my chosen PIN, because, when I tapped the keyboard, a key above the key I pressed flashed.

"Oh bugger", I thought. "Perhaps the phone I bought (secondhand, as a test unit) has a dubious touchscreen layer."

It turns out that it's just the installer's way of confirming that you did press a key and, looking more closely, I saw that the virtual keycap was for the right numbers.

Slight panic over, and I proceeded to the set-up for full disk encryption. 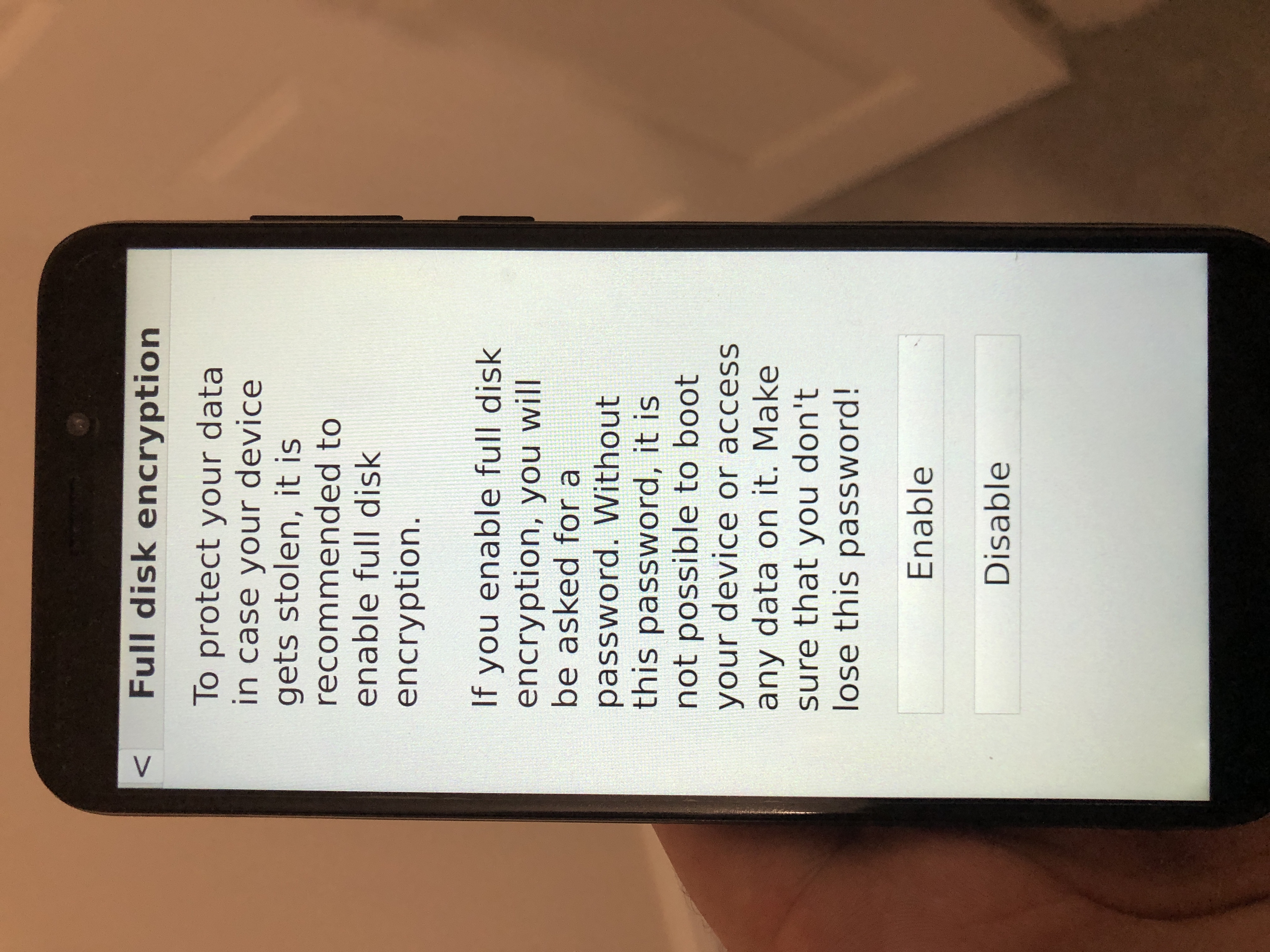 The installation took about 10 minutes. 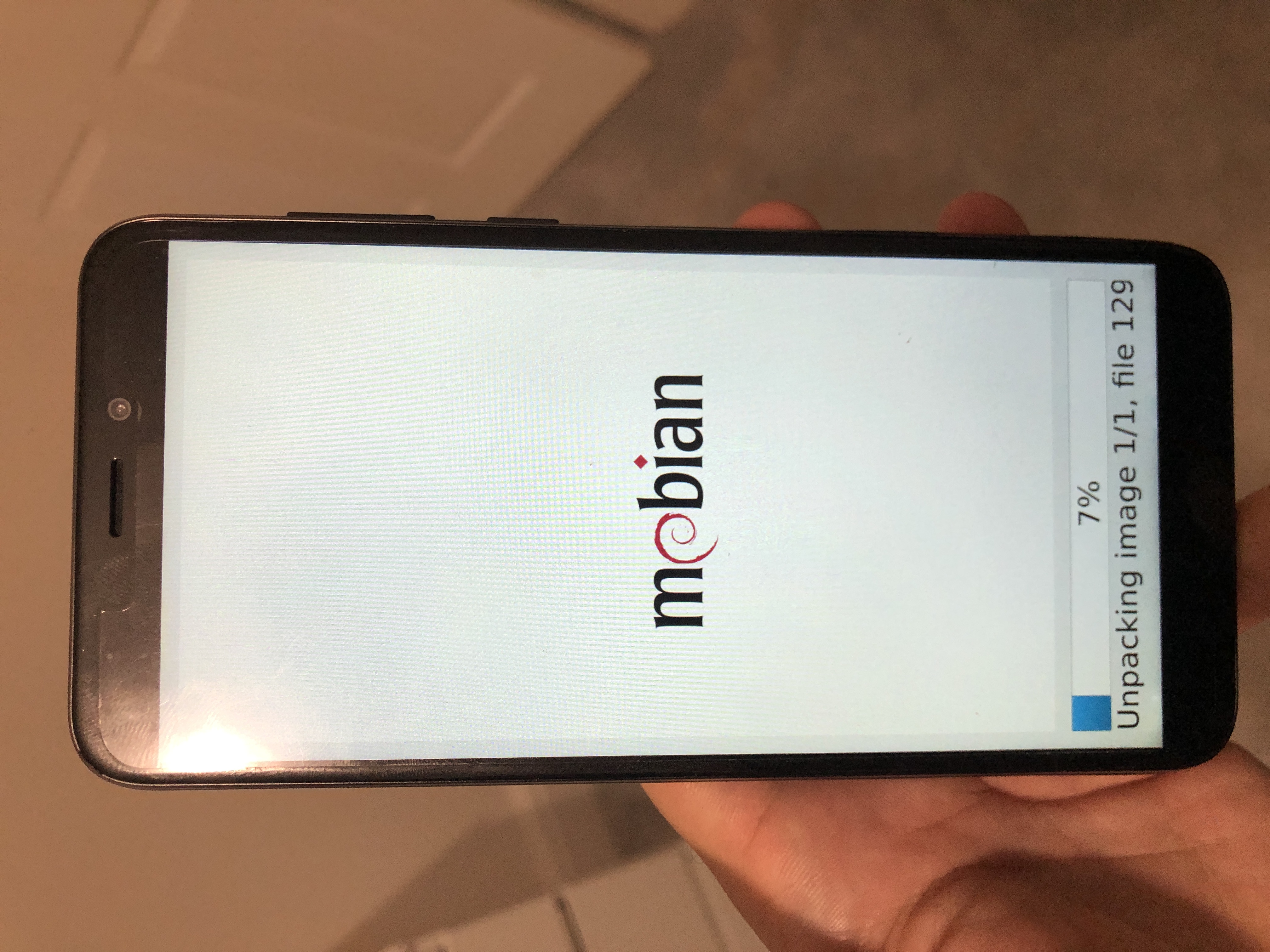 It rebooted, and asked for my full disk encryption passphrase 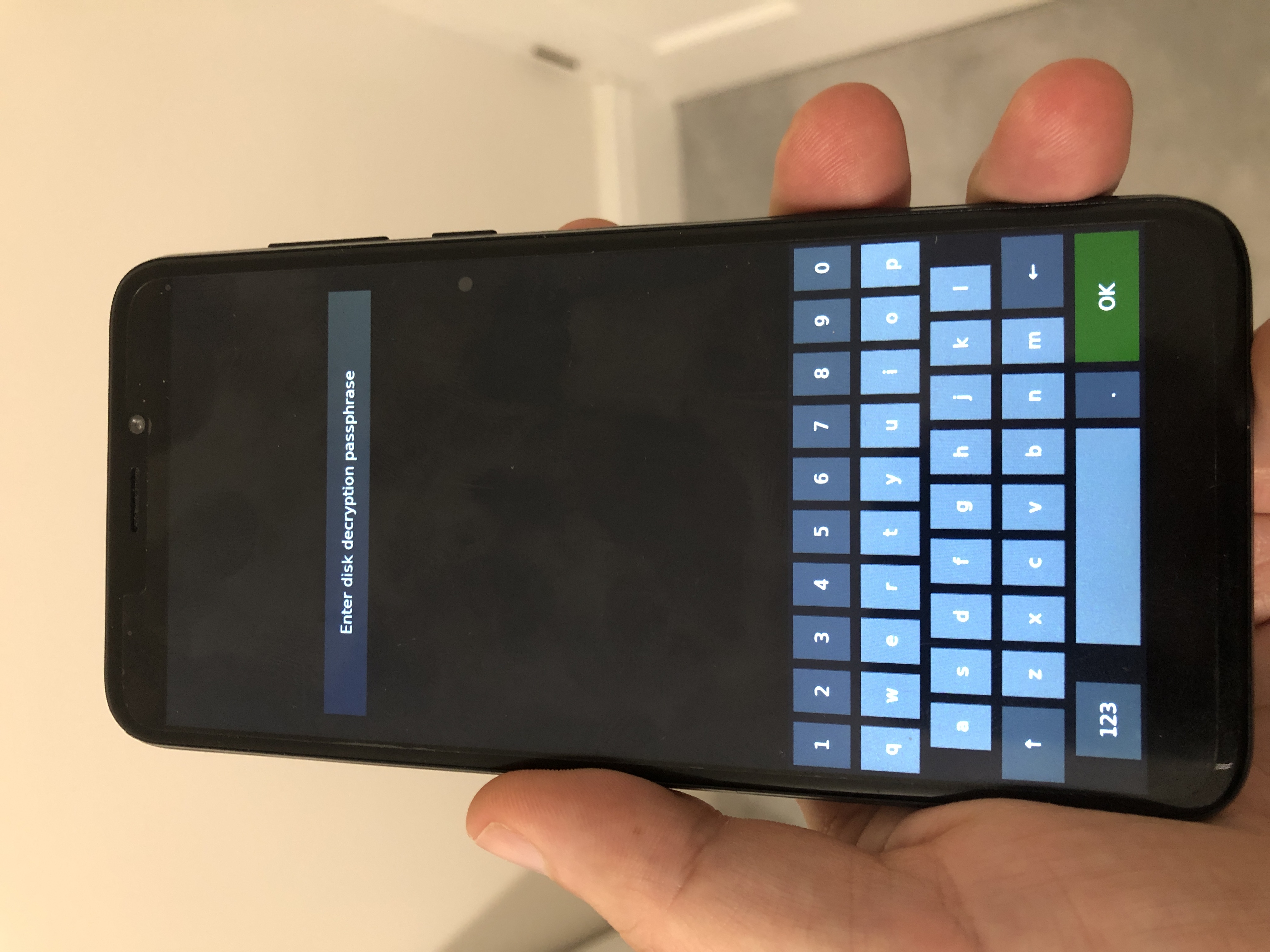 And there it was: Mobian, running on a PinePhone. 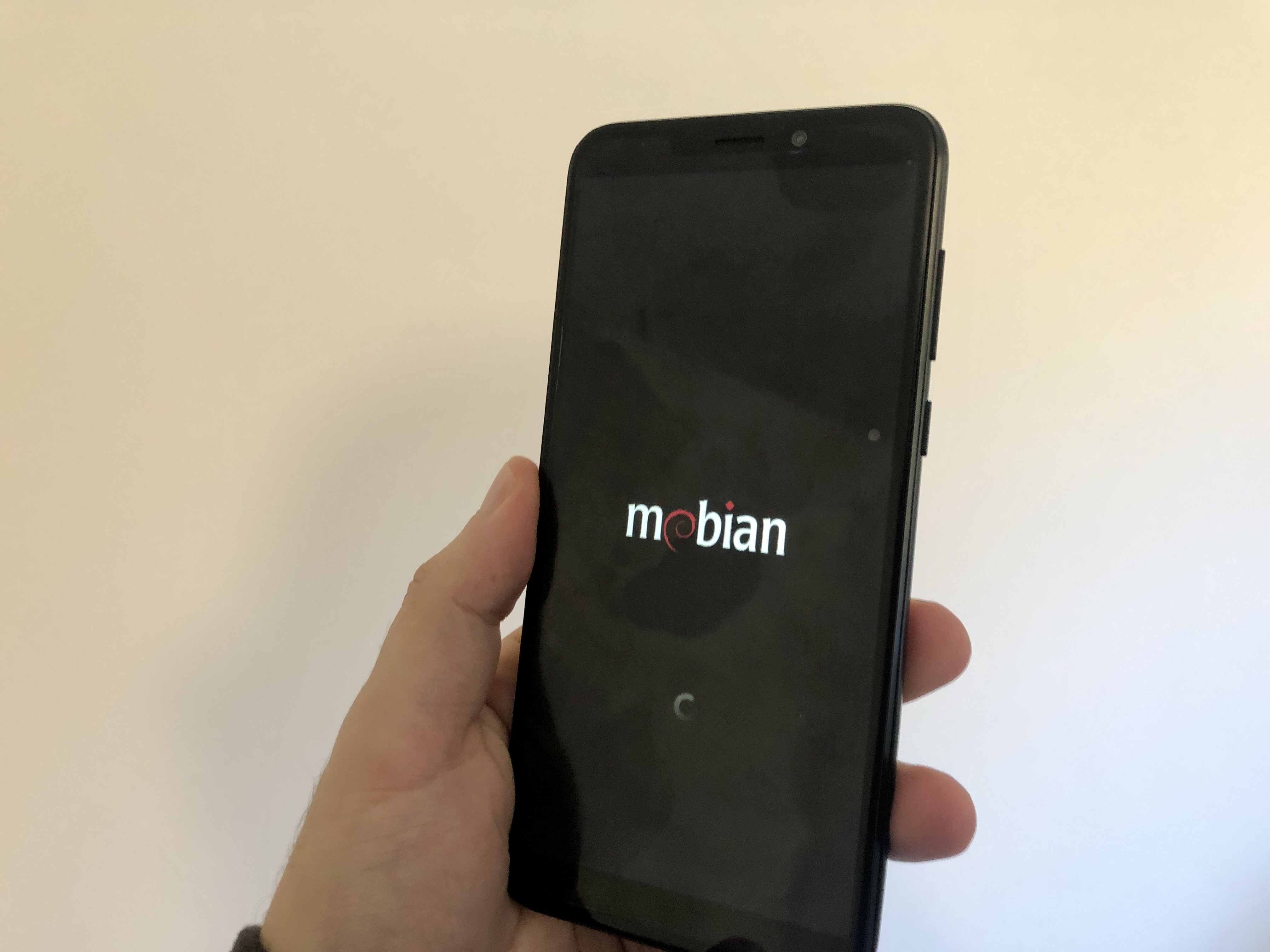 (No, I haven't worked out how to do screenshots yet...)

The first thing I did was a full software update - there is the integrated Software package, but I used the terminal - King's Cross - and just ran sudo apt update && sudo apt upgrade -y and that did the trick.