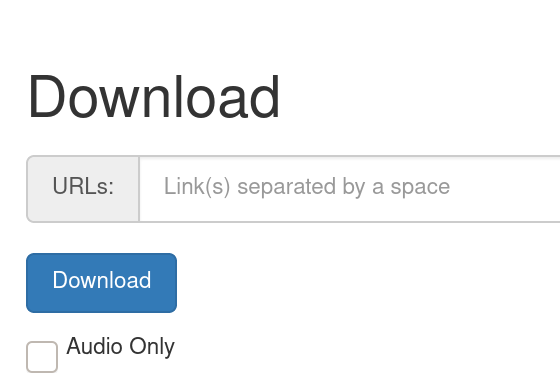 Fed up with YouTube's constant adverts and, on some platforms, the inability to do picture-in-picture easily?

I didn't fancy paying a significant monthly fee and being tracked through a login requirement, and, well, I already had an instance of jellyfin running, so here's what I did:

I integrated video/audio download tool, yt-dlp, with the media server jellyfin, and added a web interface.

I say "integrate", but it was really nothing more than:

Now, when you want to watch something on YouTube (or one of the >1300 other sites supported by yt-dlp) grab the URL, and put it into the youtube-dl-webui. Give it a few seconds to download it, and for jellyfin to ingest it.

If you want just the audio, tick the checkbox before downloading.

And, bingo: a file you can watch without adverts, and with picture-in-picture if you want it, via the jellyfin client (or web client).

(And you can delete downloaded files via the youtube-dl-webui interface too.)