In case the title is not enough, I am trying to drive two 4k monitors, at 60Hz each, from my Surface Pro 6 running Debian 11 Bullseye, with Gnome 3 as the desktop environment, using Wayland.

Perhaps you're trying to do the same, although I suspect that that combination of things is a little bit too specific to be likely...

Update (November 2021): the older clamp-style dock doesn't support two monitors at 60Hz, but it works Every Time. I don't notice the difference, and I'd rather have reliability over 60Hz but a faff, so I'm using the older-style dock.

The new-style dock works (sort of) 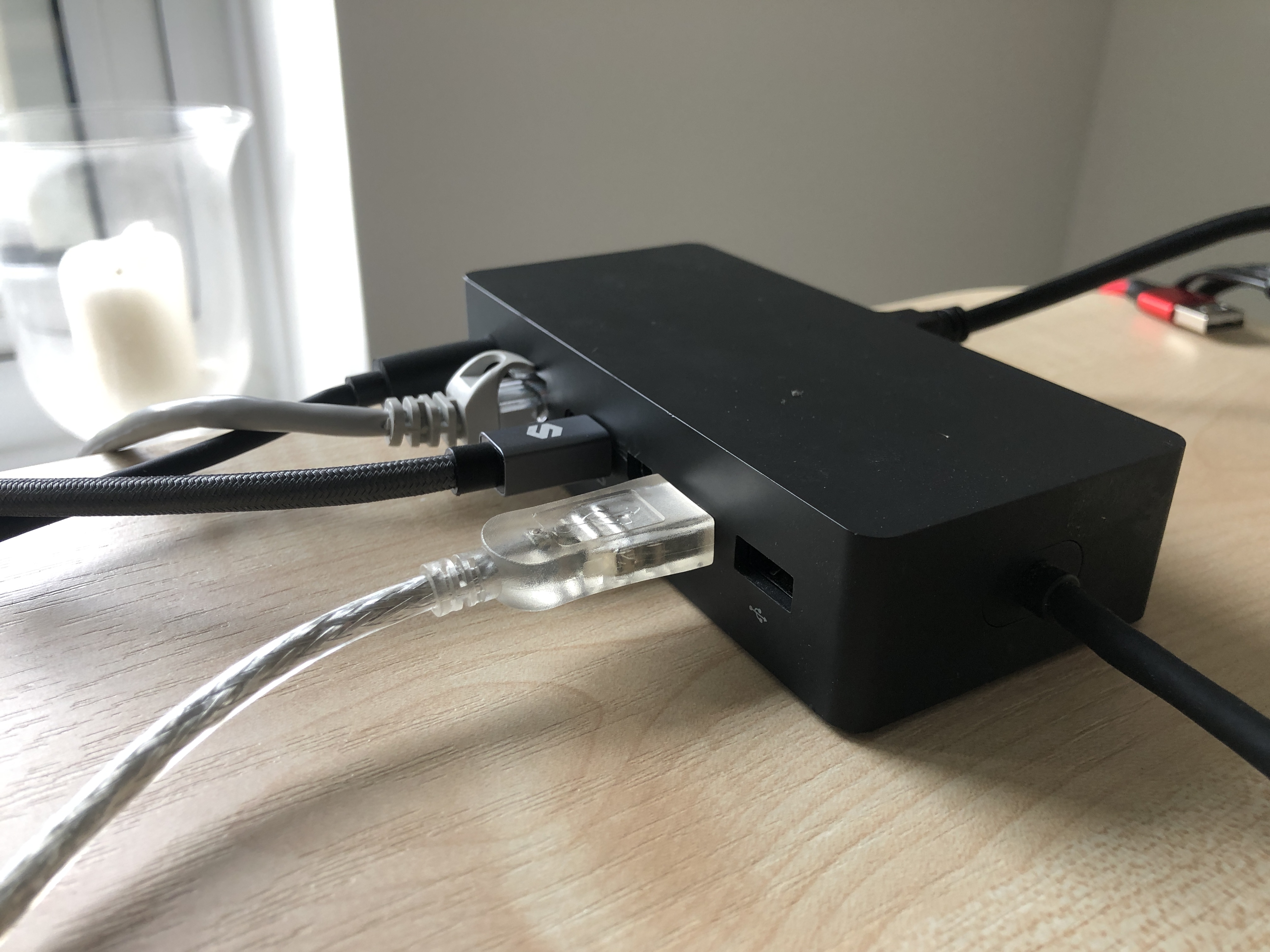 For a relatively limited value of "it works", here's what I've got:

It works most of the time, and will drive two monitors at 60Hz, but it is not as reliable as I would like.

I get the most success if I plug in the Surface Dock first, and then the mini Display Port cable.

The monitor connected without the dock is reliable. No problem there at all.

But sometimes I need to power the dock off and power it on again, before the monitor connected via the dock will work.

Sometimes, I need to change the mini Display Port cable in the dock from one of the mDP ports to the other.

And sometimes it, well, just doesn't, and I end up rebooting the machine and crossing my fingers.

And sometimes the screen(s) go black, and, while I haven't attempted to debug it, I get the feeling that Wayland has crashed.

Other times, it works in the sense that it provides an output to both monitors, but it will only drive the monitor connected through the dock at a lower resolution.

So it's a bit of a stretch to say that it "works" but, while there are issues - clearly - they do not happen too often.

And, yes, when I was using the same monitors with my MacBook Pro running macOS, they did "just work". And, yes, this is a frustration.

I have not tried moving from Wayland back to X, to see if that makes it any better, mainly because I'm blaming the Surface dock.

This surprised me, as I was using the monitors at 4k@60 using USB-C to HDMI on macOS.

But, no, this did not work for me - I could not get 4k resolution.

However, not a complete waste, as I suspect one of these would be useful if I ever wanted to output the display onto a TV at some point (because I have not yet dug into miraclecast or other miracast alternative).

The older Surface Pro 3 "clamp the device in" dock

I rather like this old, clamp-device-in style dock - more so than the newer "block" style.

It does drive two 4k monitors, but the dock output is limited to 30Hz.

I want to use it some more, and see how I get on with it, because it seems more reliable, in terms of triggering display output to the monitor, than the newer dock.