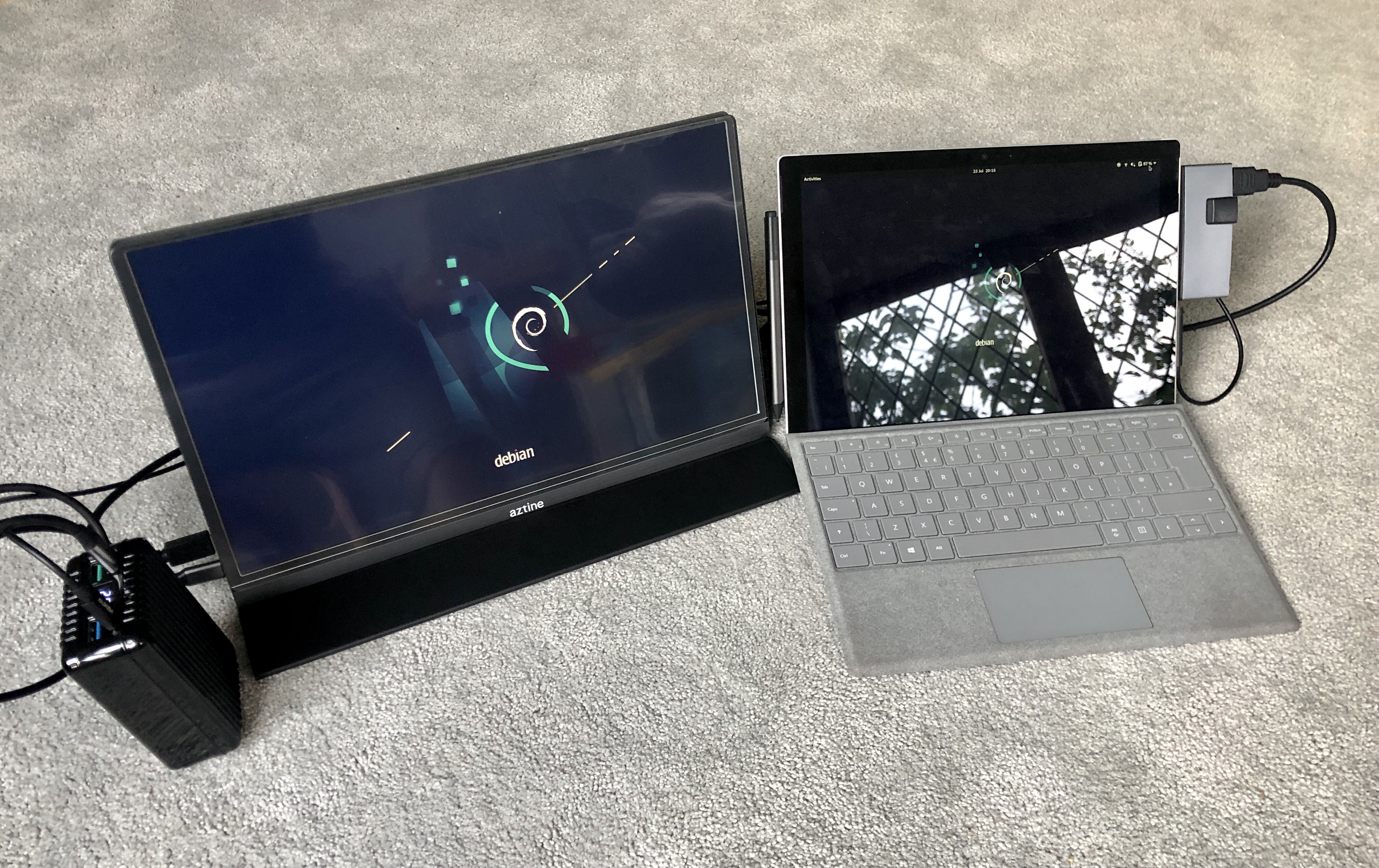 I'm still travelling occasionally for work. Far less than I used to, of course, and frankly still more than I would like, but there we go.

The screen on the Surface Pro 6 is nice, but I am more productive if I have more screen space, so I thought it would be interesting to try a travel monitor.

The Surface Pro 6 has a mini DisplayPort socket, but I have a cheap adapter which gives both ethernet and HDMI. Ideally, I wanted the monitor to work natively, rather than fussing around with DisplayLink software, so I picked a monitor which took a (micro) HDMI input.

I also wanted USB-C power, as I have a good travel USB-C power supply, which I'm also using to charge the Surface Pro 6.

I went for the Aztine 15.6" Portable Monitor.

At 15.6", it isn't exactly pocketable, but it fits in the bags I have, and it is light, so it ticks the boxes there.

Plug it in (in the right order) and it works

I wasn't sure how easy it would be to get the monitor working correctly with Linux, and the answer was - somewhat boringly - that it "just worked".

There is a knack to plugging it in, it seems. To get it to work, I need to plug in the power cable first, then the micro HDMI cable into the monitor, and then finally the HDMI connector into an adapter for the Surface Pro. But, having done that, it just works. 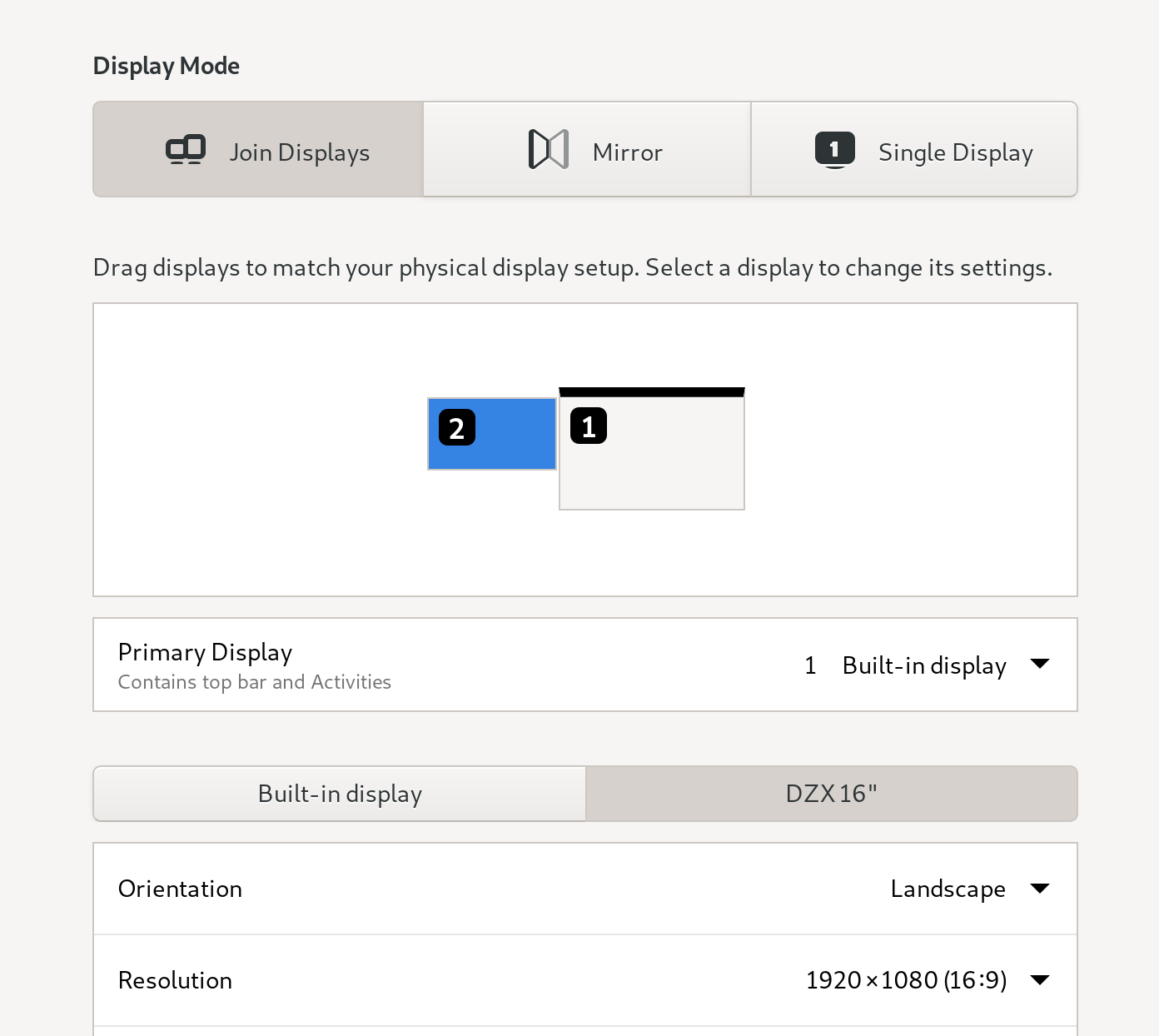 GNOME 3's display settings work fine too. I could set the position of the monitor to make moving the cursor to it nice and easy.

They keyboard shortcuts for moving windows - Super + arrow keys - doesn't seem to let me move windows across monitors though.

I can even power it from an external battery

I've got an external battery with two USB-C outputs (100W and 60W), and I'm pleased that I can both power the screen and charge the Surface Pro 6 from the battery at the same time.

Firefox is proving to be a bit of a pain, in terms of screen resolution.It seems that it has its own settings, which I have yet to master. It's usable, but not ideal.

It's a reasonable price for a useful bit of kit, which just worked.