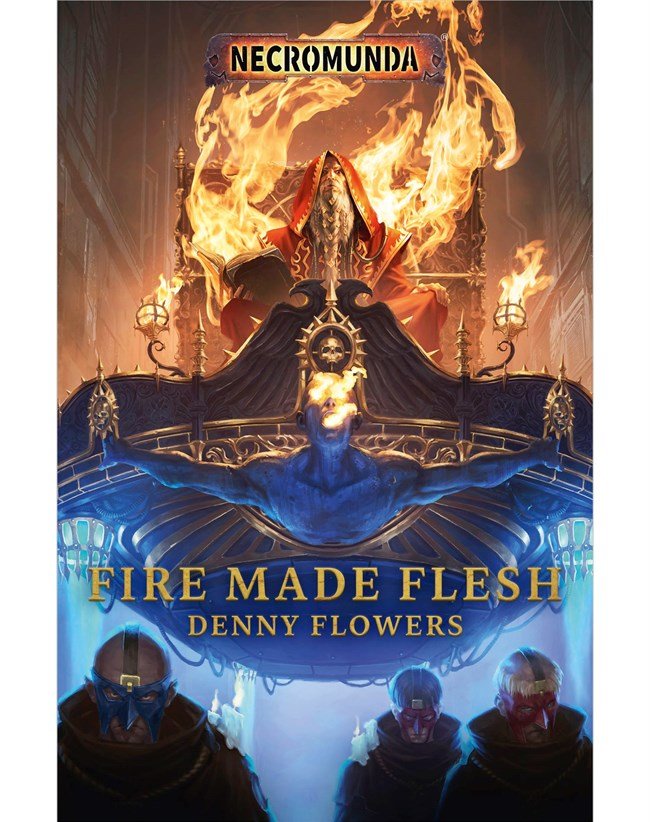 I'm a fan of science fiction generally, and I'm a particular fan of books set in the Necromunda part of the Warhammer 40k universe.

Over the first two lockdowns, I read all of the Necromunda novels published by the Black Library, and so I was pleased when I saw another novel — "Fire Made Flesh" — was to be released.

(As an aside, one of the things that Games Workshop / the Black Library does well is providing DRM-free eBook versions. I load them into Calibre and then sync them to my Kobo ClaraHD. If they could make one improvement, it would be to send an email when a pre-order is released, to prompt me to log into my online account and download it. Not a big deal, but it would have been a nice touch.)

Anyway, "Fire Made Flesh" itself.

It was... fine. Enjoyable, and a good addition to the literature of Necromunda, but not my favourite Necromunda novel (that's still Junktion).

I found it harder to get into than the others. I think that's because it is heavier on more modern Necromunda lore, from the more recent books / releases, and so it contains quite a few things I'm not familiar with. For example, the concept of guilds is long established, but the names of the different guilds, and the sheer number of them, surprised me, and it took a while to piece together who was responsible for what.

What is a "spyker"? Pretty central to the plot line, but not a character type I've come across before. I suspect it comes from a more recent ruleset than the ones I use.

I've picked up a bit of the modern law from listening to the excellent Sump City Radio but, as a Necromunda player from the 1995 era, I'm clearly a bit behind.

There are some counter-balancingly great bits. The characters are developed and believable, and the plot — the discovery of, and fight for control over, a long-lost sealed dome — is well paced and enjoyable. In particular, there's a strong Delaque character, with collaborative, if still scheming, traits, building on the idea of the helpful Delaque seen in "Road to Redemption".

The comedy of Caleb Curseborn and Iktomi (and the exploration of their relationship) added greatly to the overall book.

I'm obviously a fan of "dome discovery" plots, as one of my favourite Necromunda short stories is "Paradise", by Jonathan Green, in the "Uprising" anthology. I'd love to make a verdant green dome terrain set for Necromunda, instead of the normal urban wasteland.

The dome in "Fire Made Flesh" is far closer to that urban wasteland norm, but the novel is no worse for it — the infrastructure of the dome, and its general ambience, is far less relevant than the motivation to continue reading, which is to understand why the dome was sealed off, and why some people are so eager to re-open it.

In short, it's a fun and welcome addition to the Necromunda line of books, even if it isn't my personal favourite.